The current injection probe used in proper compliance EMC test is often expensive. This is because to achieve a good level of RF current, one would need to inject a very high level of RF power. In order to prevent the magnetic core of the current injection probe from saturating, the core needs to be thick enough. Standard BCI test also requires an RF current monitoring probe to measure the level of injected RF current. A powerful RF amplifier is also required to drive the probe, this increases the cost of the test. A snapshot of BCI test is shown in Figure 1. 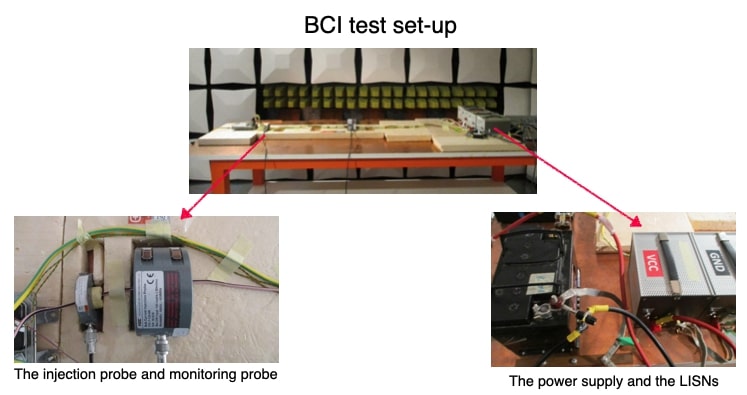 One can easily create a similar test set-up with only a fraction of the cost that a compliance EMC test would normally involve. Such a test set-up can be see in Figure 2. We will go through the details of each unit in this set-up. A simplified system diagram of the test set-up is shown in Figure 3.

A homemade RF current injection probe can be easily made by wiring a few turns of wires of a snap-on ferrite core[1]. Two things need to take considerations here. One is the core size. As mentioned before, we need a thick core with a good frequency range. A Laird (now Dupont) 28A5131-0A2 is a good candidate. It is a bulky ferrite core and the 28 material has a good frequency response (10-1000 MHz). You would need an RF BNC T-piece adaptor to connect the two ends of the wires, so the signal comes in with BNC connector and splits into signal and ground. A homemade current injection probe is shown in Figure 4. 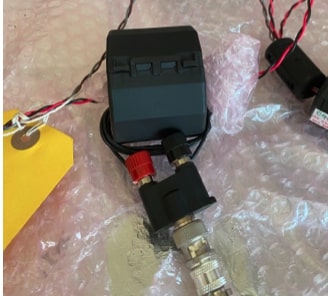 Applying ferrite cores between the BCI and the LISNs & monitoring kit

We used two DC LISNs from Tekbox, TBOH01 and Tekbox has an excellent document detailing how to set up LISNs for conducted emission measurement [3]. We basically set the LISNs up following [3], note there’s a 1000 μF electrolytic capacitor linking the two LISNs, [3] explains why. Between the LISNs and the power supply unit, we also put some ferrite cores as both common-mode choke and differential inductor. The reason for this that the power supply unit we use also produces RF noise. In order to make sure this noise does not interfere with the system under test, we used the CMC and inductor together with the capacitor to form a good low-pass filter. For both the CMC and the inductors, we used two-turn to three-turn winding configuration to increase the impedance. Figure 6 shows the details. 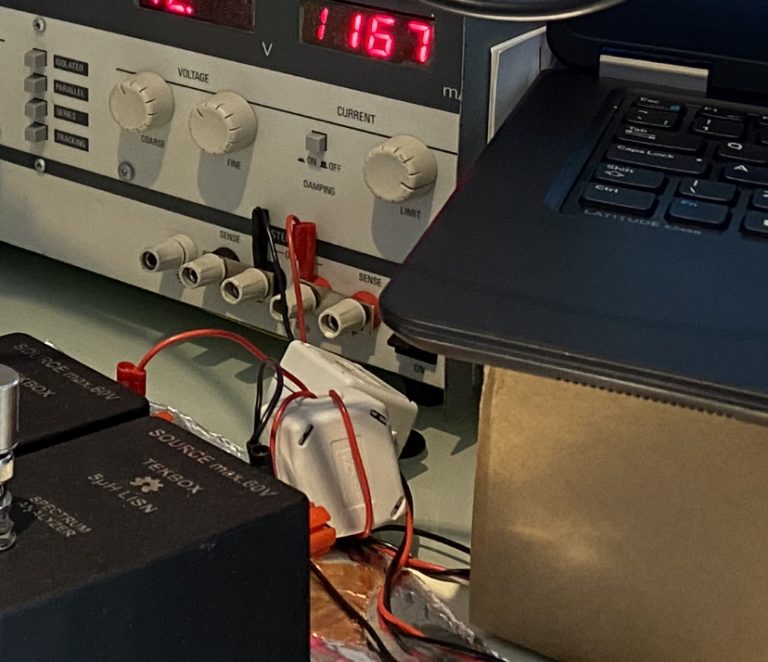 We used Tekbox TBMDA3 as the RF amplifier, this amplifier has a forward power of up to 37 dBm and the frequency range is between 10 MHz and 1 GHz, perfectly built for this task. For a full review of this product, I would point you to Ken Wyatts’s blog [4]. It should be noted here that in order to prevent impedance mismatching of this amplifier, it is highly recommended to connect a 3 dB attenuator to the output of the unit. Here we connected a 10 Watt 3dB attenuator, considering the high power output of this product.

Figure 7 RF amplifier with 3dB attenuator connecting to the output 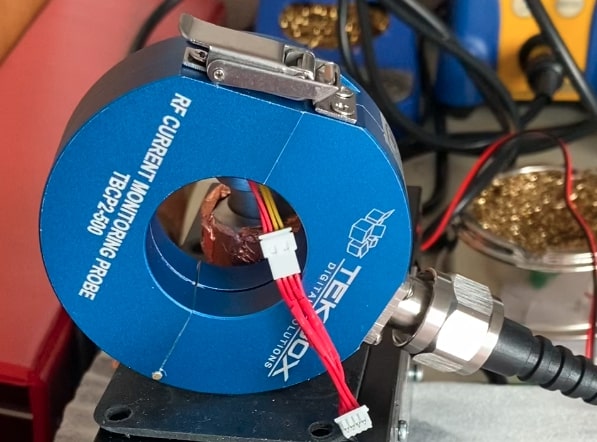 The signal generator of mine has the frequency sweep function and it is very useful if we want to sweep a frequency range of BCI noise. But due to its upper frequency limit, I sometimes need to use my spectrum analyzer to generate the reference signal. In such cases, I found using Tekbox EMCView software is extremely useful. In this case, I use the generator function built within the software and it gives the flexibility of using frequency sweep, changing injected current level. A snapshot of the software used as a generator mode is shown in Figure 9.

We tested the pre-compliance BCI test set-up against an accredited EMC lab test report and result is amazingly similar.

The power amplifier has a maximum forward power of 38 dBm, but we used a 3dB attenuator to prevent impedance mismatch of the RF amplifier, this should give us 35dBm (38-3dBm) maximum output power. With a current monitoring probe attached to the cables (see Figure 10), the injected current was measured and calculated to be roughly at 100 dBμA. Calculation is based on 85dBμV reading (from spectrum analyzer) +30dB(due to attenuator attached to the handheld spectrum analyzer RF input) -15dBΩ(current probe impedance). This current level is very close to the BCI test set-up in the accredited test house (see Figure 11). The forward power in the EMC test house is 35dBm and the RF current was measured to be 105 dBμA).

In this article, a low-cost BCI test set-up is introduced. The whole test set-up uses cost-effective equipment and instrumentation, resulting in an economical way of reproducing the BCI test failure that only accredited TEST house could test. Test results showed similar results in current level and forward power level. We have been using this set-up to help our clients solve many EMC problems. 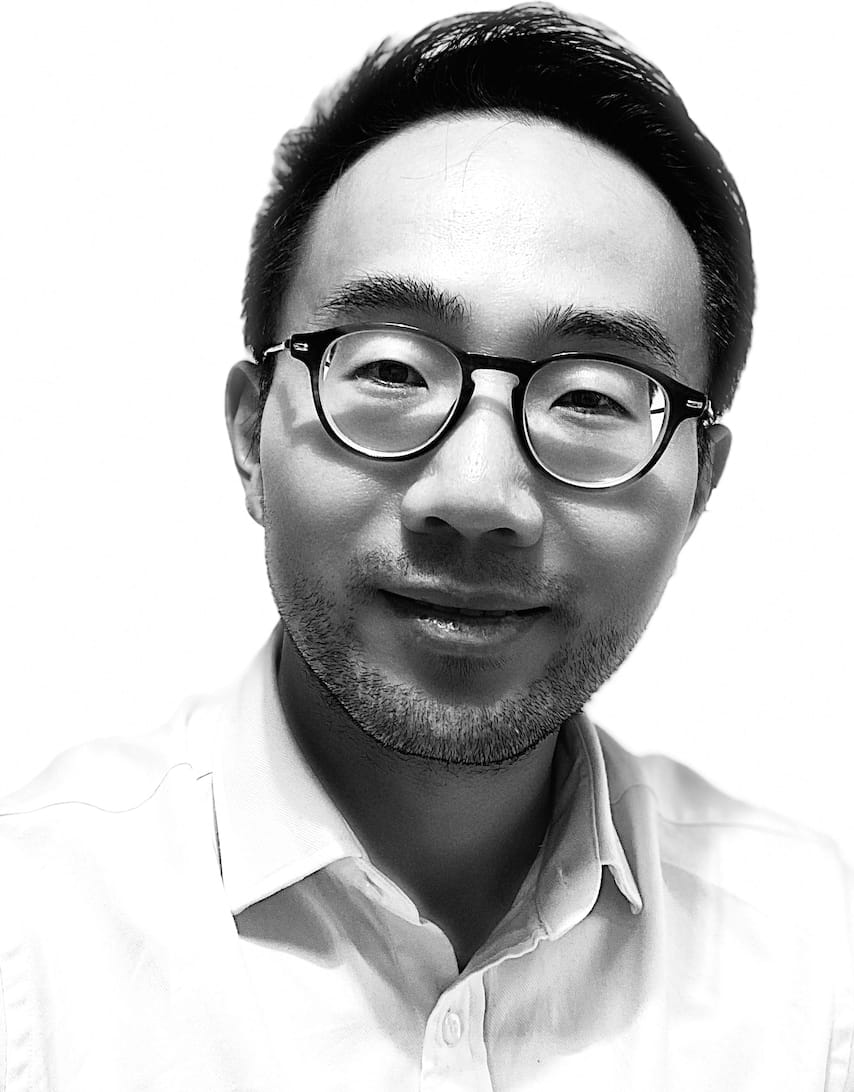